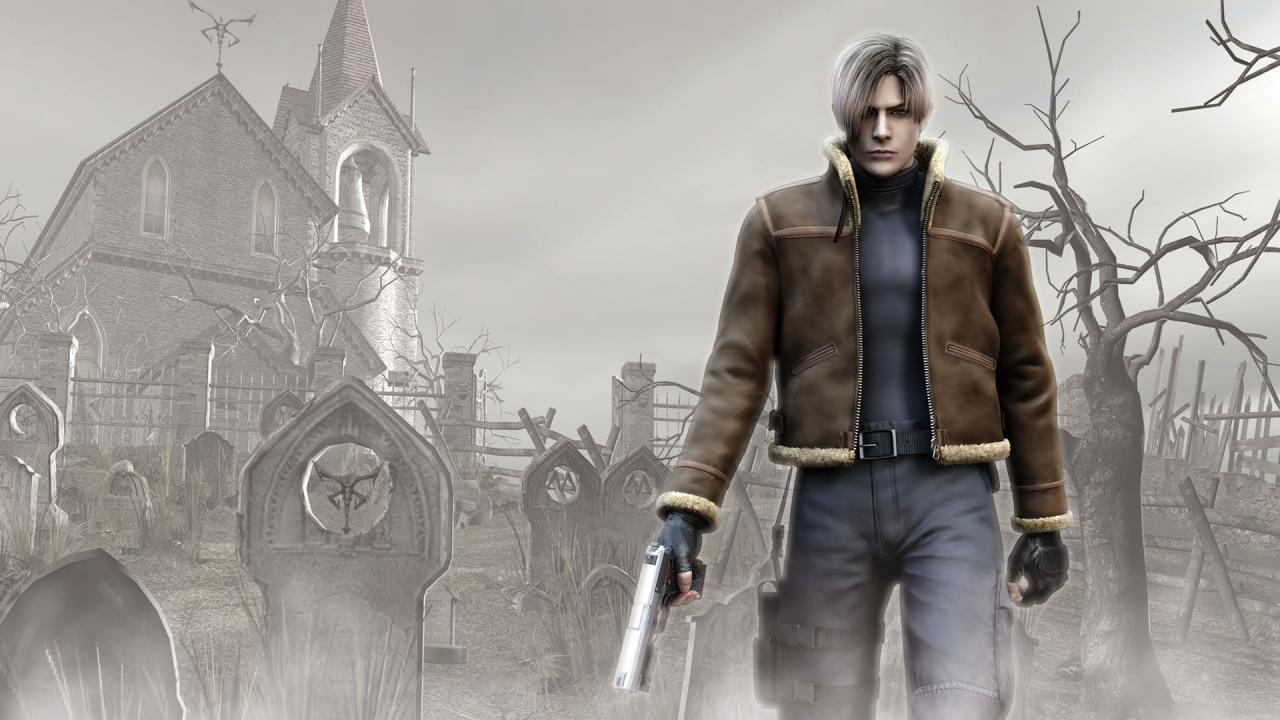 While Capcom’s announcement that Switch versions of Resident Evil Zero, 1 and 4 are coming on 21st May should be cause for celebration, the pricing of said games has been the cause of consternation for many fans. North America will get a combined physical version of Zero and Resident Evil, although it seems Resident Evil 4 won’t get a digital release in any territory and us Europeans won’t see any of them on a cartridge.

Prices don’t compare favourably to other platforms, either, where the games have been available for some time. Currently listed for £29.99 each on the eShop in the UK, the triple pack is going for £39.99 on Xbox One and PS4, and cries bemoaning ‘Switch tax’ are doing the rounds once again. This is hardly the first time these games have been exhumed and we doubt it’ll be the last, so where does Capcom get off charging so much?

ICYMI: Resident Evil 0, 1, and 4 are coming to the Nintendo Switch eShop as individual digital downloads! Pre-order today and get playing as soon as all three games are available on May 21! 🌿 pic.twitter.com/eX2B5qQ7oL— Resident Evil (@RE_Games) February 28, 2019

Well, we’ve discussed the infamous ‘Switch tax’ before, although we’re not sure it really applies in this case. After all, Capcom has form charging top-dollar for everything – digital or otherwise. Regardless of the cost on the countless other platforms it’s available on, is it really a surprise that Capcom is going to charge as much as possible from the outset?

The company’s entrance onto Nintendo’s hybrid platform was a cautious one. It dipped its toe in the water with Ultra Street Fighter II, an HD version of its classic 2D fighter which launched on the console for an eye-watering $40. Fans baulked at paying that for yet another version of Street Fighter II, but it didn’t stop a significant number of them buying the game – it was a ‘smash hit’ according to Capcom itself and prompted the company to jump fully onboard the Switch train.

We’ve seen a variety of releases since, from Mega Man 11 and Mega Man Legacy Collection to the Capcom Beat ‘Em Up Bundle, and they’ve all done very well on Switch. While Capcom’s strategy remains puzzling at times (we can’t think of a good reason why Disney Afternoon Collection hasn’t come to Switch yet), Nintendo’s console is turning a tidy profit for the Japanese company.

With the release of Resident Evil 4 – one of the best-rated video games of all time – it’s no wonder Capcom is looking to wring as much cash as possible out of impatient gamers eager to play the game on their favourite portable. It’s business, and like any other, making money is the real game.

We’ve seen Capcom experiment before with pricing on Switch; the cloud-based version of Resident Evil 7 in Japan is a good example. Unlike Ubisoft’s Assassin’s Creed: Odyssey Cloud Version which launched with a full ¥8,400 price tag (around £60/$75), Capcom tried a different model with their cloud-only offering. Following a 15-minute taster, a ‘play ticket’ – essentially a six-month ‘subscription’ to the game – cost ¥2,000 (around £13/$18).

It’s unclear exactly how this approach fared, but it seemed like a stingy proposition at the time. While Capcom had hinted that success in this area may lead to further streamed games, an answer given during a Q&A with investors last October provides an indication as to its success:

Q. What is your current situation as well as your future outlook on developing for cloud gaming?

A. While we did release a certain title supporting cloud gaming in the first half, this was done primarily for technological research purposes and did not have a significant impact on earnings. Based on the results of this research, we will internally consider further expansion into cloud gaming.

The cloud-based game in question must be Resident Evil 7, and it appears not to have been the money-spinner the company hoped. Of course, the game had expected connectivity issues outside Japan, but even in optimal conditions, it wasn’t perfect.

While it may have been a worthwhile experiment, if Capcom has trouble streaming games in Japan, it’s unlikely to have much success elsewhere and anybody hoping to see Monster Hunter World on Switch in some capacity will likely be disappointed. Monster Hunter World brought the series a global level of success that Capcom must be looking for ways to expand upon, but the message from Switch owners is that it needn’t bother. We can argue about Switch ‘tax’ and greedy businesses until the cows come home, but ultimately 450,000 people bought Ultra Street Fighter II in its first quarter – a game which didn’t enjoy the warmest critical reception – sending the message that they’ll pay the ‘ludicrous’ price of £39.99/$39.99 for the privilege. Seen from that perspective, Capcom probably thinks £30 for Resident Evil 4 is a bargain.

On top of this, the looming economic question block hanging over the UK and EU arguably plays into this topic as well. Europeans have always put up with higher prices in comparison to gamers across the pond and upcoming uncertainty in Britain (we’re not going to even write the irritating portmanteau that’s defining a generation of UK politics) will only make pricing an even more contentious issue in the near future. While the narrative of ‘Switch tax’ is an easy one to subscribe to, Nintendo Life reader James M. points out that, the upcoming Ace Attorney Trilogy has been listed for £30/$30 across all platforms where previous ports Okami HD and Onimusha launched last year for £15.99/$19.99.

That price difference could simply be Capcom being characteristically inconsistent, or it might suggest caution regarding potentially chaotic currency fluctuations in the coming months. The calamitous manner by which the British government is extricating itself from continental Europe isn’t helping any businesses with interests in the UK, and unfortunately, the general public will likely endure rising prices across the board as foreign companies are forced to deflect costs. Selling digital goods may give more control, but they’re subject to exchange rate fluctuations like any other and video game companies will also want to ensure parity between physical goods and digital equivalents as far as possible in order to keep retailers happy. No company will knowingly undercharge for its products, regardless of the financial climate, and the current economic uncertainty only compounds problems (this does not, of course, explain why Capcom is charging $30 for the game in North America).

In many ways, it could be argued that Nintendo gamers have never had it so good. The weekly eShop sales on Switch make it a massive departure from any previous Nintendo home console. No, the discounts don’t compare to the vast savings periodic Steam sales offer, but to see a £20/€20/$20 discount on first-party games without a Player’s Choice line within the first two years of a console’s lifecycle is unheard of on Nintendo platforms.

And is £29.99 too much for Resident Evil 4? Only last week we spoke about Link’s Awakening and its supposed $60 price tag; Resident Evil 4 is one of the best games of all time and we’re hungry for it on Switch. We recognise porting it takes much more work than simply clicking the ‘Export .switch’ button, however much practice Capcom has had resurrecting it again and again. The developer must have its RE porting pipeline running efficiently, that’s for sure. We imagine it’s currently working on Resident Evil 2 for Switch – would we be surprised if that were to launch as a $60 game in a year’s time?

Ultimately, Capcom believes gamers will pay £30 to play Resident Evil 4 – and the upcoming Dragon’s Dogma – on Switch, and based on all the available evidence, that’s probably right. Not buying it is the only way to send Capcom a message if prices like that rub you the wrong way. The only form of protest is to vote with your wallet and not buy the game at that price; it’ll surely join those lovely eShop sales soon enough. There’s more than enough to be playing in the meantime, and more than enough ways to play Resident Evil 4, too.

So, what’ll it be, stranger? Do you have the willpower to wait a few months until these games get an inevitable discount? Is Capcom just being greedy? Share your thoughts in the comments.

Inside the Making of Warframe’s Deadlock Protocol
Nintendo of America Files Two New Lawsuits Against Switch Hack Resellers
Random: Someone Made An amiibo For The Animal Crossing Villager Raymond
Back In 1979, Nintendo’s President Said Everyone Should Copy Each Other’s Ideas
Check Out The Latest From Cristopher Nolan’s Tenet In Fortnite