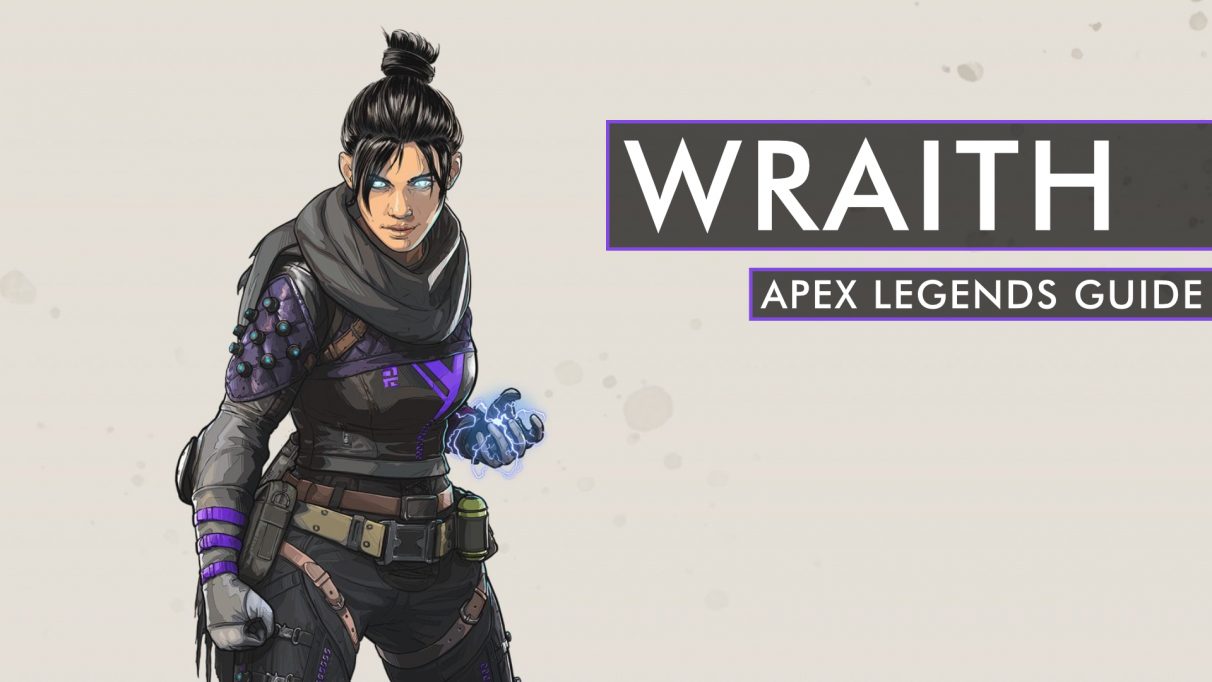 Wraith is considered by many to be the all-round strongest character currently in Apex Legends, and it’s not hard to see why. A high skill ceiling with abilities that can be used to great effect both offensively and defensively; and a hitbox so small you may need a microscope to see it. It’s no wonder the majority of skilled Apex Legends streamers have Wraith as their main Legend of choice.

Our Apex Legends Wraith guide will walk you through everything you need to know to start racking up kills with the Interdimensional Skirmisher that is Wraith. Below you’ll find in-depth tips and explanations on each of her abilities and how best to use and combine them, as well as general and advanced tips and tricks that will help you to start consistently winning matches as Wraith. 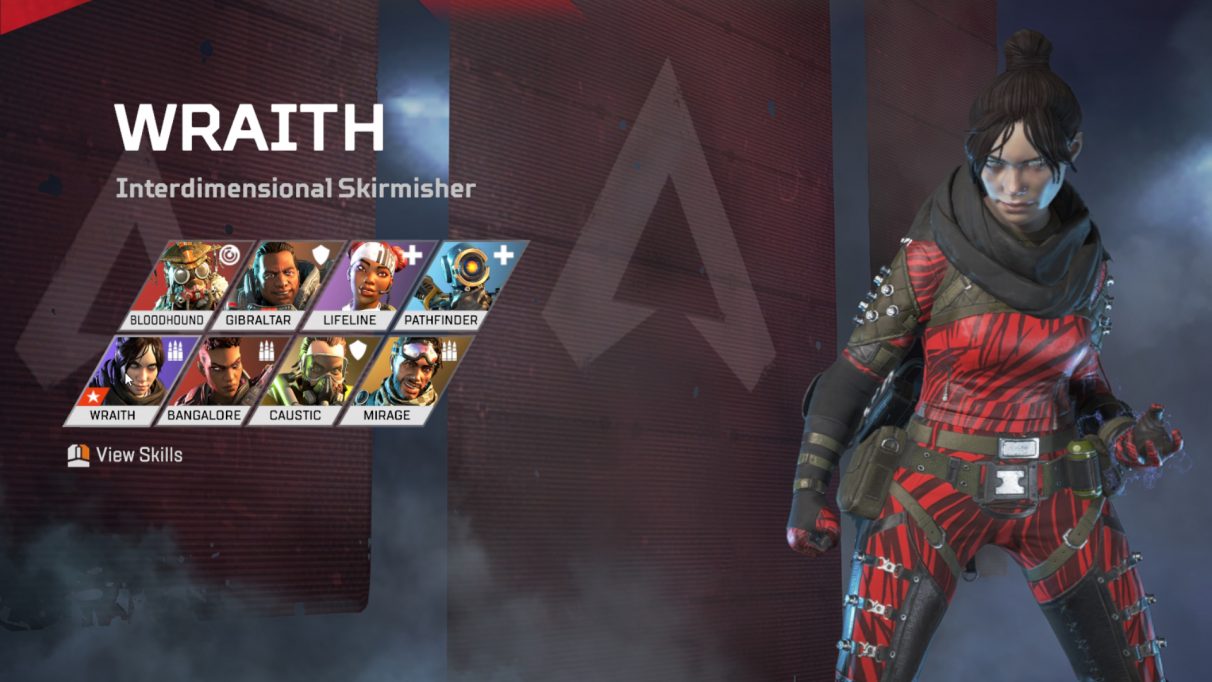 Our Apex Legends guide series is packed with both beginner-friendly explanations and advanced, top-tier tips and tricks on perfecting your Apex Legends skills. Whether you want to know about all the other Apex Legends characters or you’re interested in finding out the stats and spray patterns for all the different Apex Legends weapons, we’ve got you covered.

Click on any of the below links to transport yourself (much like Wraith herself) wherever your heart desires. We’ll go over her hitbox compared to other characters, then all of her abilities in turn with specific tips and tricks on each.

Everything about Wraith is designed to make her difficult to pin down and kill. While big beefy Tanks like Gibraltar look to absorb and negate damage, Wraith seeks to avoid it altogether. She is the only Legend with what is essentially a “get out of trouble” button which allos her to avoid damage entirely for a short time as she repositions herself elsewhere.

Add to this her small hitbox and her Passive ability, which alerts her when she is being watched by an enemy, and you’ve got a Legend who is very skilled at being in the right place at the right time.

Wraith is more or less the only character in Apex Legends’ current state where you have to really dig deep to find any sort of weakness in her character. All her abilities synergise extremely well, and she is excellent on her own but also plays an important role for the whole team.

The one weakness that I’ve been able to find is that Wraith players tend to rely heavily on her Tactical “phase” ability to get out of bad spots, so if you catch her while that ability is on cooldown, then Wraith players are generally a little more panicked than with other characters because they have lost the safety net upon which they so often rely.

Seriously though, Wraith is great. Let’s explore a little further into why she is so dominant at the moment in Apex Legends.

Click the above image to view it at highest resolution.

Wraith hitbox vs other Legends

The above is a composite of various hitbox images created by YouTuber “SookieSpy”, which bring to light the incredible discrepancies in character hitboxes in Apex Legends.

As you can see, Wraith’s hitbox is by far the smallest, not just due to her stature but also her relatively hunched posture. Looking at the above image, it seems as though she occupies only about half the space that Gibraltar does. So even without her myriad escape-focused abilities, Wraith is the mosts difficult Legend to shoot in the game. 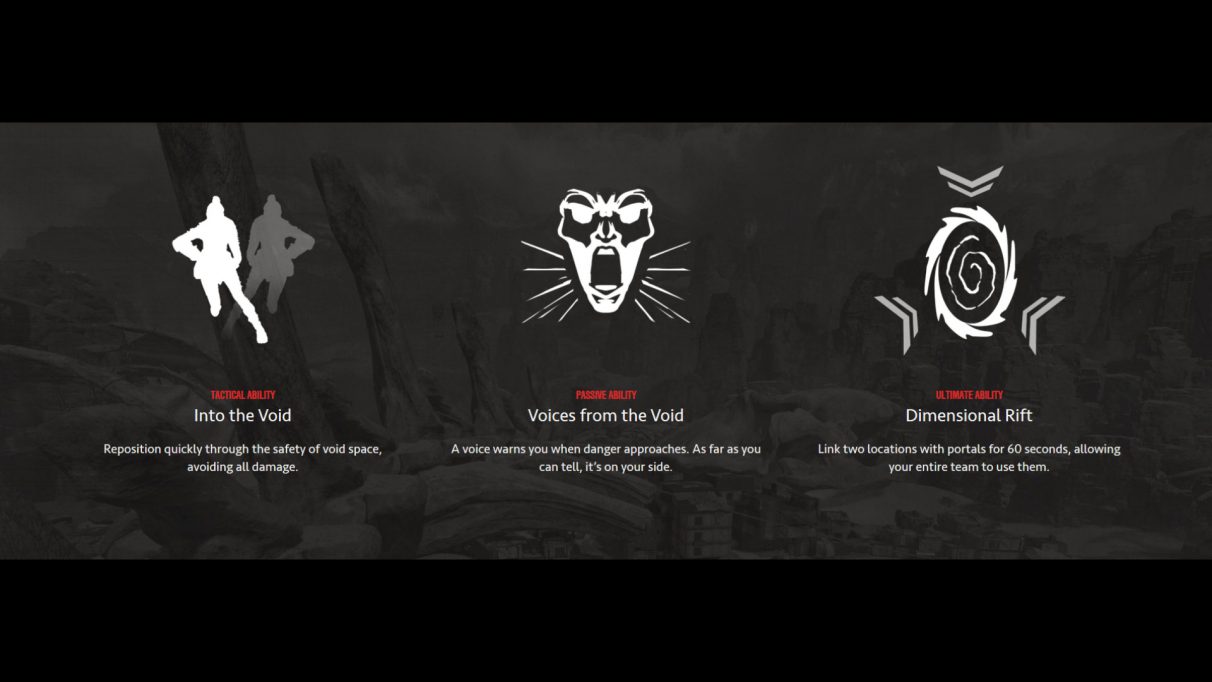 Like all other Legends, Wraith has three abilities: a Passive, which is something that you benefit from automatically; a Tactical, which you must activate between cooldowns; and an Ultimate, which can only be used once it reaches 100% charge, which it gradually accrues over time (though you can speed up this process by consuming Ultimate Accelerants – see our Apex Legends healing items and consumables guide for more details).

As previously mentioned, Wraith’s abilities synergise beautifully with one another, because they all revolve around the same goal: repositioning and avoiding damage. Below we’ll explain each of her abilities, before going into depth about how and when to use each of them to great effect. 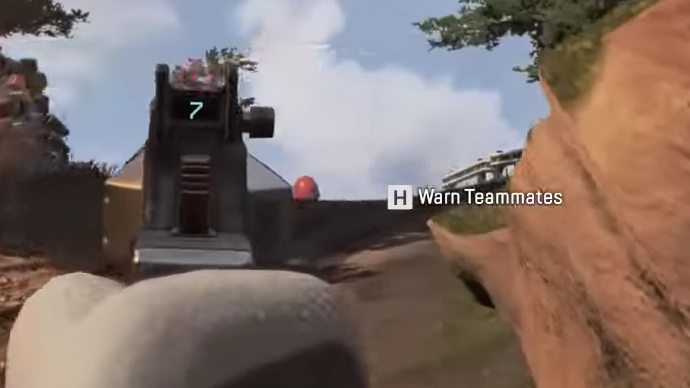 Passive ability: Voices from the Void

Wraith’s passive, Voices from the Void, is difficult to see the effects of if you don’t know what to look for. But once you do, it’s an extremely useful ability. Why? Because the majority of deaths in Apex Legends are caused by not noticing a threat until it is too late. Wraith’s Passive means a female voice will whisper a warning to you when it perceives a nearby threat. This could be an enemy aiming at you with a sniper, or a nearby Caustic Nox Gas trap.

Whatever the threat, the voice will tell you what it is, and a “Warn Teammates” prompt will appear near the middle-right of your screen, which you should absolutely take advantage of to let your teammates know about the threat – because they can’t hear that voice, only you.

Tactical ability: Into the Void

Wraith’s Tactical ability is one of the most useful and practical abilities in Apex Legends. Commonly referred to as “Phasing”, this ability sends Wraith into a parallel dimension for 3 seconds, allowing her to move at slightly increased speed, and avoiding all damage. While active, you can run, slide, and climb, but you cannot shoot. You also cannot see other players while it is active; and from other players’ perspective, you will appear as a trail of blue lines, which means you are not invisible while you are phasing.

So you must use this Tactical ability with caution, because simply using it is not enough – you need to use it to reposition yourself effectively. Don’t expect to have immediately escaped danger, because it is not difficult to follow the blue lines you leave behind. But it’s an exceptionall useful tool for avoiding damage for a short time or getting the drop on an enemy team.

Wraith’s Ultimate ability, Dimensional Rift, is an extremely effective method both of initiating and escaping as a team. When you use your Ultimate, you will immediately place a rift (more commonly known as a “portal”) where you are standing; and then you can move to a different location within medium range to place your second portal. You can choose where to place your second portal, but as you move you will use up “Rift Energy” – and once this reaches 0% you will automatically place the portal at your current location.

These portals then persist for 60 seconds, and anyone (you, teammates, and enemies) can use them to quickly hop from one to the other. This is very useful not only for getting the drop on enemies but also escaping from a difficult situation as a team, and covering distances quickly. There is a tremendous amount of utility with this Ultimate ability, which is part of the reason why Wraith has such a high skill ceiling. 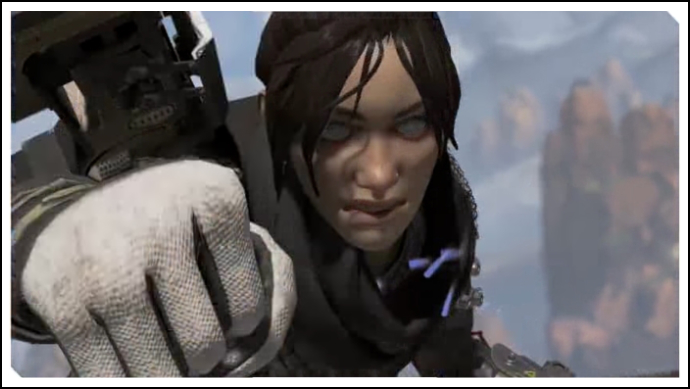 How to play Wraith – top tips and strategies

Finally, let’s finish up with some more general tips and tricks on winning Apex Legends matches as Wraith.

That’s pretty much everything we’ve got on Wraith for now, so hopefully you’ve learned a thing or two about how best to utilise her skills. Now get out there and start practicing. King’s Canyon awaits.