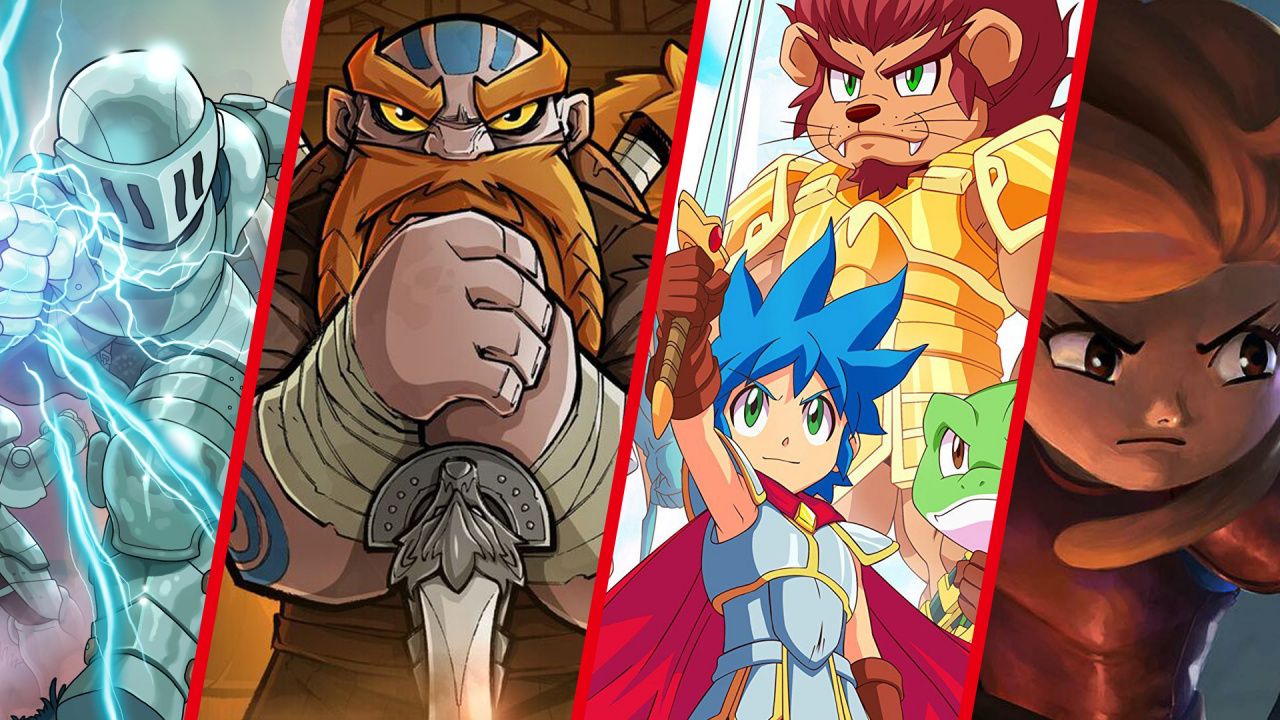 The Nintendo Switch is now over two years old, and in that time it has seen a staggering number of games. The vast majority of these are digital titles released on the console’s eShop, and as the Switch’s install base has ballooned over the past two years, so two has the volume of digital content released on it each week.

For anyone who stood by Nintendo during the Wii U era, this is a welcome change. There were some weeks when only a couple of titles would be released on the Wii U eShop, but now, it’s normal to see as many as 30 new titles arrive in each download update, if not more. A well-stocked digital storefront is the sign of a healthy platform, and choice is always a good thing if you’re a consumer. However, if you’re a developer of one of those many games, is such a large volume of releases a benefit or a hindrance?

How do games perform on Switch when compared to other platforms, and is the ‘Switch goldrush’ slowly coming to an end as the eShop reaches saturation point? What can Nintendo do to make sure games don’t vanish without trace due to poor discoverability? Keen for answers, we spoke to a wide range of indie developers to get their perspective on the state of the eShop in 2019.

Here’s who we spoke to:

What’s your experience been like with the Switch eShop so far?

Dan Muir (Hound Picked Games): Pretty good, though I do feel it would make sense for titles, or developers, to be assigned an account manager, who is your total point of contact for everything. It does get somewhat confusing when you’re passed pillar to post when you’re in need of assistance. The visibility on the store is something that needs to be addressed, especially with the sheer volume of titles being released now.

Chris Obritsch (Causal Bit Games): Largely favourable, but like with the other stores, hiccups do happen, from a dev point of view. Communication with support could be slightly pacier, but they’re generally very nice to deal with, and utterly professional.

Joshua van Kuilenburg (HomeBearStudio): With NAIRI: Tower of Shirin being our first game, we have little frame of reference for now. That said, we’re quite happy with how smooth the experience has been for us releasing on the eShop.

Dugan Jackson (Tikipod): Very positive, and we have so far only been re-releasing titles with enhancements (such as Iron Crypticle and Aqua Kitty UDX). It will be interesting to see how an all-new game will fair for us on Switch.

Thomas Whitehead (CIRCLE Entertainment): Both CIRCLE and Flyhigh Works have been very active on the Switch eShop since day one, from the early boom period to the current crowded marketplace. Those descriptions sum up the progression, really. In the first 6-12 months the release slate was quieter, so if you got traction a game could go big even if that was ultimately a surprise. Of course, the success of the system attracted more and bigger companies, and I don’t just mean corporate behemoths but also more ‘big Indies’ and download-centric publishers, ie: the likes of Devolver Digital, Team17 and so on. So in terms of how it’s been for us, well, it’s a big part of what we do, with pretty much all of our games coming to Switch and only some also (currently) getting releases on the likes of Steam and PS4. So the Switch eShop is valuable and is the core of the business, and Nintendo is also very supportive and eager to encourage download games on the system.

Michael Heald (Fully Illustrated): We got Wulverblade onto the Switch fairly early on when there were around 200 games on there, and while we did ok, once we were off the new release list and ended up in the long normal list, sales dropped very steadily. Now with over 1000 games on there, finding our game is very challenging.

Nik Makin (Makin Games): The experience was great. Raging Justice was in the top 10 (UK) for a few weeks after launch and had great initial visibility.

Mike Daw (Infinite State Games): Really good! It’s quick to load, shows a nice number of games at once, game’s individual pages load very quickly and have a nice layout, the search function is quick, too.

Thomas Kern (FDG Entertainment): It’s been great! We’ve now released three games on the eShop: Oceanhorn, Blossom Tales and Monster Boy and the Cursed Kingdom. It was a very smooth process every time. We like how every game page can have its own colour scheme on the eShop and how quickly it is to access game pages and the store overall. It loads really fast.

What have sales been like compared to other digital stores?

Dan Muir: Both of the games we’ve co-published have largely outperformed other stores quite significantly.

Chris Obritsch: Good! As we expected, depending on the day and marketing it’s anywhere from 4:1 to 8:1 sales-wise between Switch and other consoles.

Joshua van Kuilenburg: Overall, Switch sales have been most successful as of right now. This is due to the system’s popularity and the fact that Switch players match our target audience a bit better. The Switch version also has additional control features and, of course, handheld mode, which may have pushed potential Steam customers to the Switch.

Thomas Whitehead: There have been different ‘phases’ of the eShop, especially for companies of our size. Focusing on the more recent and relevant period some games – for example, sequels or those from developers we’re partnered with that are well known – can maintain solid results nowadays that aren’t necessarily too far off equivalent sales from earlier in the Switch lifecycle. With others though it’s undeniably tougher, especially if the scheduling Gods are cruel. You can plan ahead, look at the publicly-released schedules and so on, but sometimes release day comes and the store is swamped, and getting noticed above the crowd can be a challenge. From my understanding, though, Switch is still a really strong market for games like ours compared to Steam and PS4. With PS4 the download scene in Japan, particularly, is relatively weak for smaller games, and from a ‘Western’ perspective I don’t really feel like download-specific games are pushed at me when I pop on the PS Store. And no wonder, because the system is crammed with retail titles. As for Steam, well it’s a madhouse of course! If you go big on Steam it’s wonderful, but it’s so full of games that’s easier said than done. In summary, Switch is still a good storefront for us.

Michael Heald: Sales on Switch are, to date, much higher than all the other platforms combined. But now that things have levelled out, I’d say they’re on par with the other console platforms.

Andy Pearson: We found that Switch is growing and actually exceeding sales of other platforms on certain titles. There have been games where the natural assumption was that Steam would be the lead platform, but we’ve found Switch to be significantly ahead in terms of sales in many cases.

Nik Makin: Sales of Raging Justice have been very good on Switch, though I can’t give direct comparisons, we are more than happy with how we’ve sold on Switch through the eShop.

Mike Daw: It’s much better when you appear in the ‘new releases’ section, then tapers off much quicker than other stores once you fall outside that. The amount of releases is increasing rapidly though, so it will be interesting to see if that’s still the case going forward.

Thomas Kern: All games sold better on Switch compared to other consoles or Steam. In some cases, it’s an insane difference, rather unbelievable to be honest. Blossom Tales, for example, sold 20 times more on Nintendo Switch than on Steam, even though it launched on Steam first and one year before Switch. On a side note, the eShop turned Blossom Tales around and saved the development studio from shutting down. As for Monster Boy and the Cursed Kingdom, it’s once again an extreme ratio. Nintendo Switch sales vs. PS4 and Xbox One combined is 8:1!

Frogwares Returns to Sherlock Holmes With a Prequel Focused on His Early Days as a Consulting Detective
Overwatch Review (2020 Update)
Ghost of Tsushima Players Will Have to Properly Explore the Map for ‘Full Diversity’ of Abilities and Weapons
Mafia: Definitive Edition remake officially announced for August
Mortal Kombat 11 Serves Up the Ultimate ’80s Fight: RoboCop vs. Terminator