From the moment we launched our last game, Tony Stewart’s Sprint Car Racing, this past Valentine’s Day, we have been blown away with the support we have received from both the racing community at large, as well as our passionate fans! Not only were they thrilled to have a dedicated dirt racing game, but it was crystal clear they wanted a lot more!

It’s not every day you get to hang out and talk with a 3 time NASCAR Champion like Tony Stewart. But, even when we spoke with him… he would say the same thing. “Man, the fans just keep asking when we’re going to do more!” So, we were excited to get right to work on the next game and use all the feedback from both Tony and the fans to build that next-level experience with Tony Stewart’s All-American Racing.

The first thing we wanted to address was the physics. More specifically, how the cars slide through the turns. In the Sprint Car game, we heard loud and clear that while we were headed in the right direction, fans wanted to be able to slide the car more freely through the turns without having to set the car up. It’s something that is a very delicate balance in racing games in general. You want experienced players to have a great time with the game and be challenged right out of the box, but you also want the casual and less experienced players to not feel intimidated or get frustrated with something that is too hard to drive. Sure, different settings take care of a lot of that, but this change was different because we really want you to FEEL that slide, no matter what level of difficulty to race on. It’s something we were really passionate about, and I think we’ve really hit a homerun on the physics this time around.

Then, to show off all the work we’ve done on the physics, we really wanted to use radically different cars. Tony would tell us all the time… “Everywhere I go, people ask me when we’re adding more cars.” So, the new game will feature Big Block Modifieds, Street Stocks, and the US Legend Cars. We love these cars because they each have their own racing style and drive very differently from one another. Again, it’s about feeling those “personalities” in each of the cars. The horsepower differences, the dramatic weight changes, and just the style in which you drive them against your competition. We’ve spent a lot of time balancing the AI and making sure you can feel their personalities as well.

Another big change is in how the Career Mode functions. Historically, in a lot of our games, you’ve sort of had a more “linear” experience where you work your way up a ladder through a set progression of series. But, with Tony Stewart’s All-American Racing, that is no longer the case. You get to choose how you want to compete, and in what series you want to start. You can even hire hot seat drivers to race for you, and a new management function helps make your team spending more efficient by hiring a parts manager and a marketing manager. There’s even a possibility down the road to add new tracks or series to your career. That is something that we just couldn’t do in the prior game.

I could go on and on about the passion this team has and all the cool new things we’ve changed and added. But, in the end, it all adds up to an awesome new experience that I hope everyone will take the time to give us a shot. We’re very proud of what we’ve built, and can’t wait to see everyone out on the track! 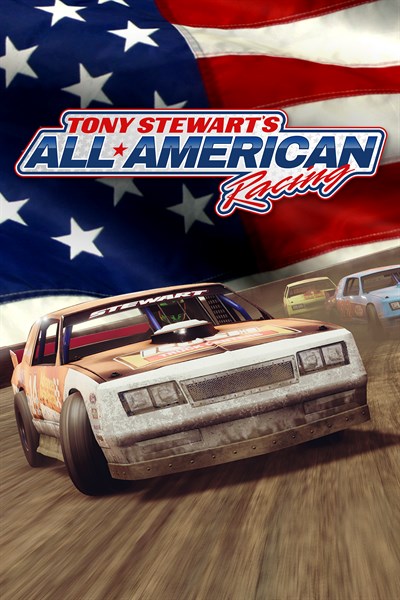 For the first time, you’re in complete control of what you race and how you want to race it with a totally revamped Career Mode. Build your enterprise and become a racing mogul as you expand your team across multiple series and build your organization into a racing EMPIRE!

It’s the racing game you’ve been asking for!

U.S. Legend Cars International, is a registered trademark of Speedway Properties Company, LLC. All car images, driver names and likenesses, corporate trademarks and other intellectual properties are used under license from their respective owners.