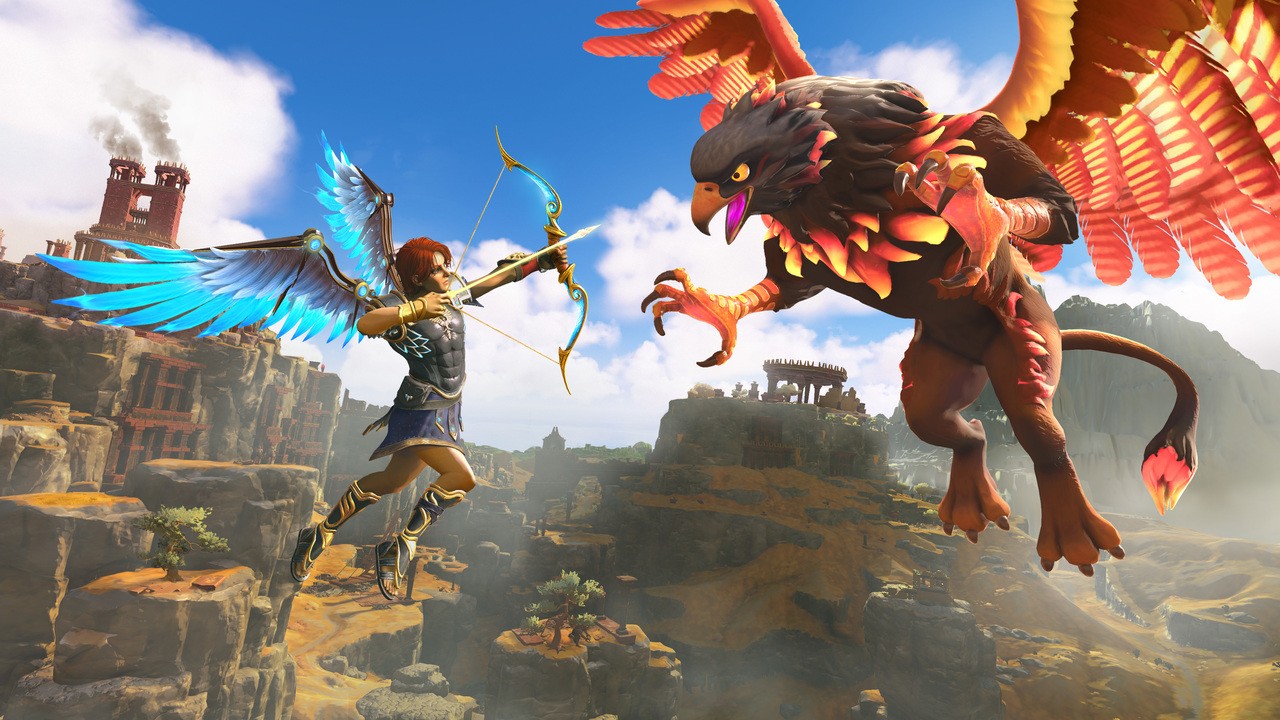 In an interview with Game Informer, game director Scott Phillips has revealed a cool little tidbit about Immortals Fenyx Rising’s early development. As it happens, a bug found in Assassin’s Creed Odyssey kickstarted the inspiration the team needed to get started on a new project:

“There was a bug at the time where you’d be sailing on your trireme and instead of having a normal human crew, you’d have a crew of cyclops. We knew that was wrong for Odyssey, but it also sparked this idea of, ‘Actually it would be quite cool if we can break those historical bonds and just go full force into mythology.'”

Recently, Ubisoft has also unveiled its post-launch DLC plans for the title – including details of its season pass – and also teased a collaboration with Cartoon Network’s Adventure Time.

The game launches on Switch on 3rd December. Make sure to check out this gameplay footage if you missed it the first time.